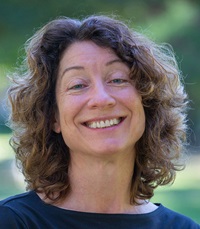 Nancy Vogel joined the Natural Resources Agency as director of the Governor's Water Portfolio Program in May 2019. She helped prepare and now coordinates implementation of the Administration's Water Resilience Portfolio and assists with other water policy priorities. Before her appointment, Nancy had been director of communications at the Resources Legacy Fund since 2017. She was deputy secretary for communications at the California Natural Resources Agency from 2015 to 2017 and assistant director for communications at the Department of Water Resources from 2012 to 2015. Nancy was a principal consultant for the Senate Office of Oversight and Outcomes from 2008 to 2012. She was a staff writer for the Los Angeles Times from 2000 to 2008 and for the Sacramento Bee from 1991 to 2000. Nancy served as a member of the Klamath River Renewal Corporation Board of Directors in 2018. She earned a Bachelor of Science degree in Conservation and Resource Studies and a Master of Arts degree in journalism, both from the University of California, Berkeley.