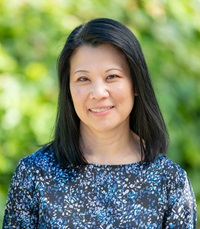 Stephanie Shimazu joined the California Natural Resources Agency as General Counsel in May 2022.  Stephanie has held several positions in state government, most recently as Acting Assistant Chief of the Division of Law Enforcement and Director of the Bureau of Gambling Control for the California Department of Justice.  Prior to that, Stephanie worked under CNRA as Chief Counsel for the Department of Forestry and Fire Protection.  She served as Chair and Commissioner of the California Gambling Control Commission, Deputy Legal Affairs Secretary in the Governor’s Office, and was an attorney for the Department of Social Services, Legislative Counsel’s Office, and the Department of Corrections.  She began her legal career in the Sacramento City Attorney’s Office.  Stephanie received a J.D. from the University of San Francisco and a B.A. from the University of California, Davis.  She was born and raised in Sacramento where she currently lives.  She enjoys spending time with her two children, is an avid horror movie fan, and is currently attempting to try her hand at gardening.