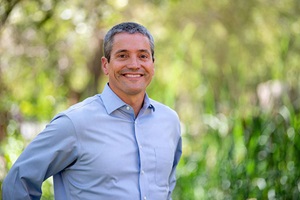 Secretary Crowfoot oversees an agency of 21,000 employees who protect and manage California’s natural environment. This includes stewarding the state’s forests and natural lands, rivers and waterways, and coast and ocean, protecting fish and wildlife, and overseeing energy development. As a member of the Governor’s cabinet, he advises Governor Newsom on natural resources and environmental issues.

Prior to serving as Secretary, Crowfoot led the Water Foundation, a nonprofit philanthropy that builds shared water solutions across the American West. Before that Crowfoot served in Governor Jerry Brown’s Administration as deputy cabinet secretary and senior advisor to the Governor. He also previously served as West Coast regional director for the Environmental Defense Fund and a senior environmental advisor to then-San Francisco Mayor Gavin Newsom.

Secretary Crowfoot received a bachelor’s degree in political science from the University of Wisconsin-Madison in 1996 and earned a master’s degree in public policy from the London School of Economics in 2004, graduating with honors.

A native of Michigan, Crowfoot grew up spending his summers outdoors at a YMCA camp and at his family’s remote cabin in Northern Ontario. When he moved to California in the mid-1990s, he became an avid hiker and backpacker. Crowfoot marks his first time in the redwoods at Big Basin State Park as one of his defining California moments. Now he spends his time outside of work exploring, hiking and camping with his wife, Lisa, and their young daughter.

NatureWorks: A blog of the California Natural Resources Agency