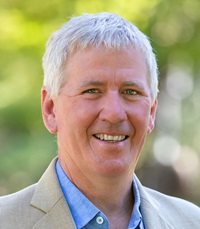 Matt Baker joined the California Natural Resources Agency in March 2020 as the Deputy Secretary for Energy. Before joining state government, he was the Energy and Climate Program Officer for the William and Flora Hewlett Foundation. Matt served on the Colorado Public Utilities Commission from 2008 until May 2012, where he regulated electric and gas utilities. From 2003 through 2007, he served as the Executive Director of Environment Colorado, where he was the architect of Colorado's Renewable Energy ballot initiative, Amendment 37. Matt was a leader in efforts to double Colorado's renewable energy goals, implement policies to expand utility energy efficiency programs and promote state goals to reduce carbon dioxide emissions. Matt has held many leadership positions, including vice chair of the National Association of Regulated Utilities Commissioner's Committee on Natural Gas, the Transit Alliance, the Interwest Energy Alliance and the Colorado Pollution Prevention Partnership. Matt has a bachelor's degree in history from Penn State.