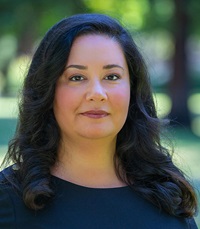 Miranda Flores joined the California Natural Resources Agency in July 2020 as Deputy Secretary of Legislation at the California Natural Resources Agency. In this capacity, she serves as a principal liaison between the Agency, including its commissions, departments and office, and the state legislature, advising on legislative priorities. Before her appointment, she was the legislative director in the Office of State Assembly Member Bill Quirk since 2017, where she held several positions from 2012 to 2017, including interim chief of staff, legislative aide and executive assistant. Miranda was an executive assistant in the Office of State Senate President pro Tempore Darrell Steinberg from 2010 to 2012, office manager and scheduler in the Office of State Senator Jenny Oropeza from 2008 to 2010 and lead capitol security technician for the California State Senate Sergeant-at-Arms from 2003 to 2008. In her spare time, she enjoys walking, going to the beach, and spending time with her family.