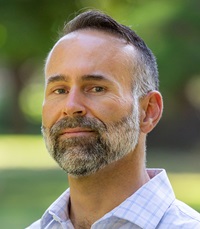 Christopher Calfee has served as Deputy Secretary and General Counsel at the California Natural Resources Agency since January 2017. Chris advises the executive team on all legal matters affecting the Agency's governance and policy initiatives and coordinates legal matters among the Agency's departments, boards and commissions. Before joining the Agency, he was Senior Counsel in the Governor's Office of Planning and Research, where he advised the Governor and Cabinet on legislation and regulations governing land use, focusing mainly on state and local government responses to climate change. Chris studied international relations and law at the University of California, Davis. Chris enjoys getting outside as much as possible to garden, hike in the woods, explore incredible cities, and soak in California's coast.